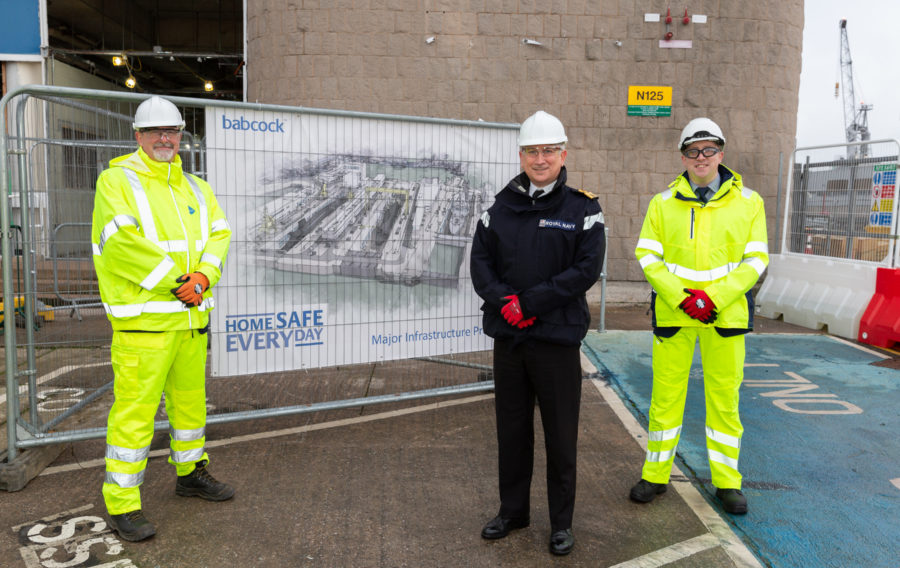 Babcock has started a series of major infrastructure projects at Devonport in Plymouth.

Over the next 10 years Babcock will develop state of-the-art facilities to meet the evolving requirements of the UK’s Royal Navy.

Since 2020 the UK Ministry of Defence has awarded Babcock initial contracts worth around £140 million for infrastructure design and enabling works that will support the Astute class submarine, which is currently replacing the Trafalgar class SSN submarine.

This is the first stage in a multi-year development programme for Devonport that will see improvement projects span many years. These major upgrades will enable deep maintenance work packages for the latest class of nuclear-powered fleet submarines.

Dock upgrades to support the Astute operational programme will enable optimisation of maintenance on the platforms between HM Naval Base Clyde and Devonport dockyard.

Work has begun with the demolition of existing infrastructure including office blocks around the site’s 10 Dock facility.

Over the last five years 10 Dock has seen the successful delivery of Landing Craft platform maintenance and a major overhaul period of an Albion Class Landing Platform Dock ship.

In parallel with the 10 Dock project, preparations are also underway for an extensive outage project for the adjacent 9 Dock.

This project, managed by an integrated Bechtel and Cavendish Nuclear programme delivery team, will deliver maintenance, life extension and facility improvements to the dock for the Vanguard Class submarines.

Babcock’s Devonport facility is co-located with HM Naval Base Devonport and forms the largest naval support site in Western Europe.

As well as surface ship life extension and maintenance programmes, onsite operations focus on the deep maintenance of the Royal Navy’s submarine fleet, for which Babcock is the UK’s sole provider.

The infrastructure works, led by Babcock, alongside the Ministry of Defence and in collaboration with delivery partners Costain, Mott MacDonald and Mace, will create new jobs, provide opportunities for the national and local supply chain and support local community initiatives.

Dominic Kieran, Chief Executive – Nuclear, Babcock said: “The demolition of the first building is a major milestone. These projects will secure the site’s long-term future, readying our operations infrastructure for decades to come to support the delivery of critical national defence outputs, while providing around 200 new roles and supply chain opportunities in the region.”

Neil Thumwood, Head of Submarine Disposals & Devonport Infrastructure at the Submarine Delivery Agency said: “The start of works in 10 dock is an important landmark in the Ministry of Defence’s continued investment in Devonport to support the Royal Navy.

“The Royal Navy, Submarine Delivery Agency and Babcock are all working together to provide the right facilities to support the Royal Navy Fleet of the future.

“We are committed to providing opportunities for Small and Medium-sized enterprises and working closely with the local community.” 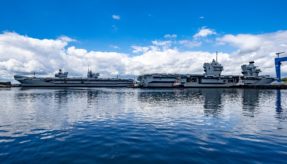 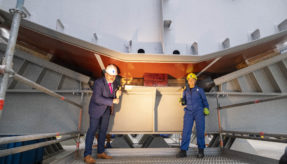 Babcock has started construction of the first of five Royal Navy Type 31 frigates, HMS Venturer, at its Rosyth facility. After 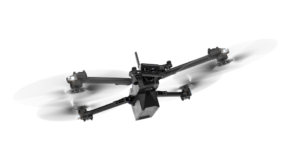 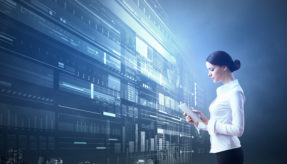 Homeland - Defence safety: why it’s time to heat-up our data