As countries combat increasingly complex threats, be they electromagnetic, biowarfare or cyber, it is countries who are exploiting artificial intelligence, machine learning and data science that are to gain significant economic and strategic advantages. Investing in the software behind advanced weapons, command and control, spacecraft, communications and RADAR is critical to keep up with the world’s increasingly complex challenges.

Rise of Tech in Defence

The UK is a prime example where technology is transforming the sector. With the fourth-largest defence budget worldwide and a recent £16.5 billion spending boost, the UK is now at the forefront of technological advancements within defence. The recent spending boost, which is the largest increase in spending since the Cold War, will focus on investment in innovative technologies, including autonomous vehicles, swarm drones, and cutting-edge battlefield awareness systems. Various investments include a £30-million injection for the UK’s first uncrewed fighter aircraft, controlled through cutting edge software, as well as a £102-million investment in a detect and destroy system for the British Army, which will use specialist software to enhance soldiers’ ability to find and identify targets on the battlefield.

However, it is not only the UK that is investing heavily in defence and technology. Global military expenditure reached $1.9 trillion in 2019, the highest annual sum in real terms since 1988. European defence spending also grew by 5% in 2019, with Germany, specifically, increasing spending by 10%. A key focus for all these regions is increased spending on digital technologies; as technology and software are now intertwined at every level and in every facet of the defence industry.

However, as technology and software become increasingly integral in everyday defence operations and systems, the defence industry is becoming more and more vulnerable to software failures. Glitches or errors in software, which can cause software to fail or act unexpectedly, have the potential to cause significant damage.

As software becomes ingrained within the defence industry, it needs to work flawlessly, all of the time. In a mission-critical industry such as defence, there is no room for software mistakes. Military operations will increasingly rely on technology for their missions, and it is essential the defence industry ensures that their technology is problem-free to make certain the safety and security of civilians and military employees. Software testing must be a priority within the defence, as regular and comprehensive testing is the only way to detect glitches and errors quickly to prevent life-threatening situations.

Why AI-driven software is transforming defence

However, software testing within the defence industry is not easy. Traditional and manual software testing typically focuses on searching for a binary outcome, an outcome that is either right or wrong. However, it is not always that simple with defence. There is rarely just one correct way of doing anything and success or failure can be defined by many different outcomes. So, rather than focusing on the code, the defence industry must approach testing from the operators’ perspective — enabling testers to implement various situations that might occur to test the performance of technology under these conditions. By implementing intelligent test automation, thousands of scenarios that replicate real user behaviour can be tested quickly and scaled as needed – a feat that would be impossible manually.

Automated software testing provides the ability to quickly deploy and scale AI-driven automation, necessary within a dynamic and complex industry such as defence. Additionally, automated testing can provide non-invasive testing, critical in highly regulated industries. Modern software developments offer the opportunity for flexible and portable applications that can be modified and reused across a range of settings. However, the challenge for defence is to use these technologies in a way that is secure and robust enough for a military context.

Detecting software errors and glitches are not the only advantages of automated testing. As highlighted above, the defence industry has invested significantly in technology for the future. Resident in these investments is the expectation that this technology will be functioning for years to come. To achieve these long life- cycles, continuous software updates to improve and update systems and technology are common. This, however, increases the risk of errors, which in turn leads to the need for yet more software testing. Although possible to do manually, this is extremely time-intensive. Automated software testing has therefore become a crucial and cost-effective method to test any updates regularly.

Overall, it is clear that technology is now the future of defence, as complex technologies and software become fully integrated within every facet of the industry. In fact, it is software, not hardware, that now makes up the defence industry. Governments need to respond and act accordingly, by implementing automated and AI-driven software testing within their respective defence industry to ensure that their technology is up to scratch, preventing any potentially life-threatening situations caused by faulty software. 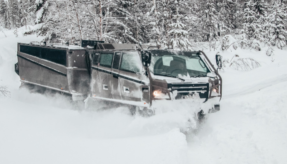 Raytheon Technologies and SMASH, one of America’s first science, technology, engineering and math (STEM) education programs dedicated to students of 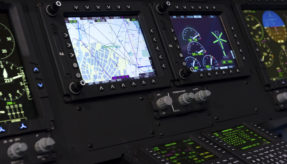 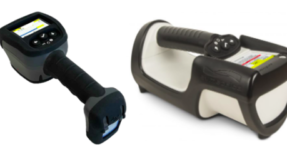