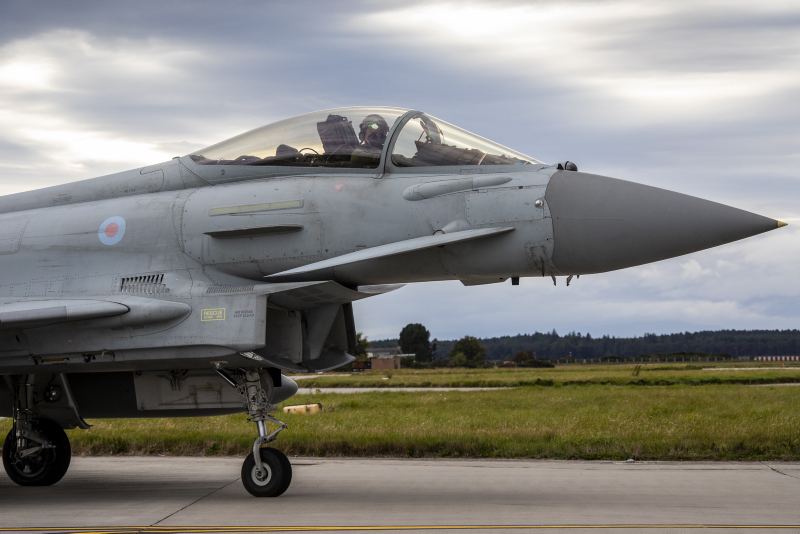 The exercise known as Exercise Point Blank is a regular quarterly exercise conducted by the Royal Air Force and the United States Air Force based in the UK, but for this exercise both RAF and USMC F-35Bs are taking part as the first step in their work up training ready to deploy on HMS Queen Elizabeth.

The Royal Netherlands Air Force has sent their F-35As and also two USAF F-16 squadrons based in Italy has taken part plus US B.  The gathering of so many aircraft allows large-scale training missions to be conducted.

The Minister for Armed Forces James Heappey MP said: “Flying alongside three fellow NATO nations over and around the UK in a complex war fighting scenario involving over 50 aircraft is exactly the sort of training that keeps our Royal Air Force sharp and ready to operate alongside our Allies whenever and wherever the call comes.”

Commander Mark Sparrow RN, the Officer Commanding 617 Squadron RAF said: “This has been a fantastic first step in 617 Squadron operations with the USMC’s VMFA 211 Squadron, as we prepare to embark on HMS Queen Elizabeth as a team.  The exercise provided excellent integration training for the F-35Bs with our US, Dutch and the Typhoon Force colleagues.

“This integration is key to Lightning operations and Exercise Point Blank is the first of the many important steps needed to create a fully integrated Carrier Strike Group ready to deploy next year operationally for the first-time onboard HMS Queen Elizabeth.”

The exercise is the first that the recently arrived USMC Squadron has carried out following their arrival in the UK at RAF Marham and follows a period of isolation as a precautionary measure to combat Covid-19.

The Typhoons from RAF Lossiemouth that took part in the exercise provided the “enemy”, this role adds a significant challenge to the other exercising aircraft.  Group Captain Chris Layden, the Station Commander of RAF Lossiemouth, said: “Our Typhoons have played a different role in this iteration of Exercise Point Blank.

“They acted as the Aggressors against the fifth-generation F-35s from the RAF, US Marine Corps, and Royal Netherlands Air Force, simulating the tactics and threats of our adversaries whilst challenging their colleagues in a series of complex air-to-air battles that tested the skills of the pilots involved, and pushed these world-class aircraft to their limits.”

Reflecting on the exercise Air Commodore David Arthurton OBE RAF, the Commander of the UK’s Lightning Force that operates the F-35B Lightning said: “This exercise is an important training opportunity, allowing the Lightning Force to enhance its interoperability with our American colleagues and conduct very complex training for our personnel on a regular basis. Exercise Point Blank also affords an opportunity to integrate with our NATO allies, not only improving our combined potency but also providing a clear demonstration of the Alliance’s resolve. 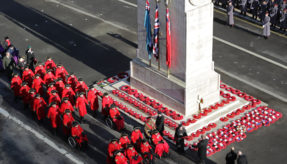 Over 800 members of the Royal Navy, British Army and Royal Air Force paraded alongside the Royal Family for the 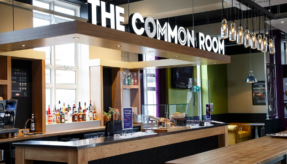 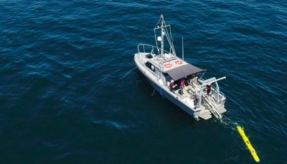